Well, Chris’ request was delicious.  It’s been a while since dinner has been such a quiet affair lol.  No one wanted to stop eating long enough to actually carry on a conversation!

I didn’t really take pictures of what I used because I sort of winged it with some of the ingredients from the Taco Pizza.  I did however take some pictures as I was “creating.”

For my birthday last year, Dillon bought me one of those “Air Fryers.”  I had been looking at them for awhile and when we were out shopping one day, we saw one at Wal-Mart that was reasonable and he got it for me.

They really do a pretty good job making fries!  They still have a lot of taste and they are not as greasy as regular deep fried ones!

So that is where I started.  I cut up some potatoes, a little bigger than a “shoe string” cut fry.  I blanched them quickly in cold water and then I put them in a large freezer bag with about 2 Tbsp. Olive Oil and 1 Tsp. Taco Seasoning and “fried” them up!

Don’t they look delicious already? (At this point I seriously considered just breaking out the malt vinegar and eating them like that lol)

On top of this I sprinkled some of the seasoned ground beef from the Taco Pizza ingredients, some chopped green onions, and a whole whack of grated cheese. 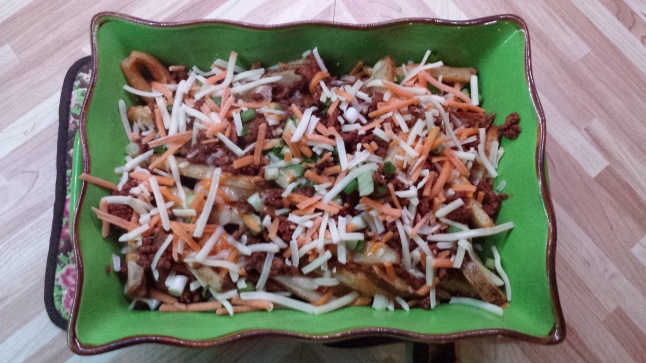 When it was done I divvied it up and then drizzled Nacho cheese sauce and sour cream on top.  (Note: I did pop the sour cream in the microwave for about 30 seconds to make it “pourable.”)

They might not look so pretty but boy did they taste good.  I can’t eat any meat but on “Mexican” night I always make the exception…. and suffer, but it’s well worth any suffering! 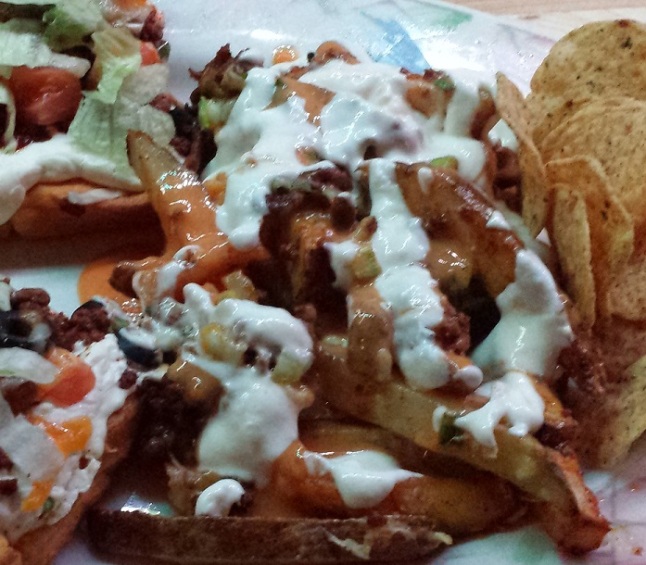 Food Made From Food. Lots of Paleo, Whole 30, and Keto Recipes. All Gluten Free

Your go to place for home education tips and tricks

Just A Senior Who Loves Jesus

aging with faith and hope

So You Want To Work From Home