I found this recipe… where else… on Pinterest.  It looked interesting and combined two favourites in this house… pierogi and cheeseburgers.  It was easy to prepare, the only thing I changed was to cook most of it in the microwave before storing it in the fridge and reheating it in the oven, but stuck to recipe for the rest.

I found the recipe on www.thisisnotdietfood.com.  I will document my steps while making it and will provide the link to the original recipe at the end!

I will admit that Chris was not a big fan of this dish but Dillon cleaned… and almost licked…. his plate!

Here are the ingredients I used.

I began by browning the ground beef, green onion and first amount of minced garlic in the microwave over high heat then drained it.

I boiled the frozen pierogi on the stove for about 10 minutes before draining them and setting aside.

I added the cream cheese, cut into squares, and microwaved it for an additional 30 seconds to soften it before mixing it in until all of it was melted and evenly distributed. 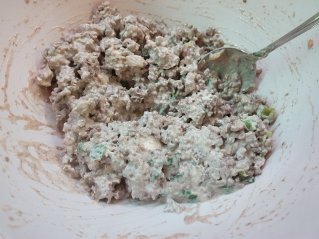 Next came the ketchup and cooked and crumbled bacon and then the milk/evaporated milk, whisking to combine.

I returned this to the microwave, again on high heat, until it started to bubble.  Now I added the corn starch and water (mixed together) and continued cooking over high heat for about 4 minutes until thickened.

I poured the sauce over to of the cooked and drained pierogi along with the grated cheese.

Mixed until well combined and then poured it into my prepared baking pan, topping with the second amounts of grated cheese, chopped green onions and cooked/crumbled bacon.

I baked it at 350 degrees for about 45 minutes covered with foil, removing the foil during the last 15 minutes to brown the top.

Then spooned it on the plates for dinner. 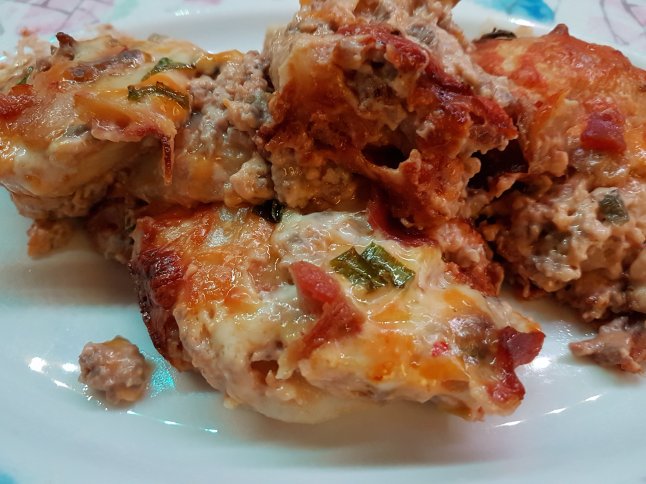 Here is the link to the original recipe: https://www.thisisnotdietfood.com/bacon-cheeseburger-pierogies/ 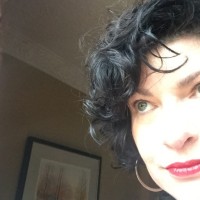