This might not be a seasonal recipe but I think the Instapot is a great idea for cooking in the summer because you still get a hot homemade meal without heating up the whole kitchen!

Here are my ingredients for making this recipe.

I put my Instapot to the Saute function, added a little bit of olive oil and browned both sides of the chicken breasts.

I removed the chicken breasts to a plate and added the broth, stirring to scrape up the cooked stuff on the bottom.

I put the chicken breasts back in and ladled some of the broth mixture over the tops of them.

I switched the Instapot to Pressure Cook for 8 minutes and did a quick release.

I removed the chicken breasts from the Instapot and placed them in the oven (set to about 300) until the sauce was done.

I switched the Instapot back to Saute added the grate cheese and cream to the pot whisking to combine. Allow to cook a few minutes to heat through.

I spooned the sauce over the chicken breasts to serve and served it with some pasta and veggies!

Chicken with Sun Dried Tomato Sauce – In the Instapot 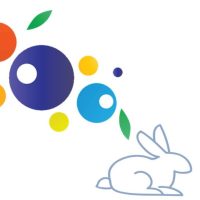 A blog with a little bit of everything!
PickVitamin.me Blog
A Fitness * Fat Loss * Health
CRICKET360

KEEP CALM AND BAT ON

Author of fairy tales with a folkpunk and steampunk twist